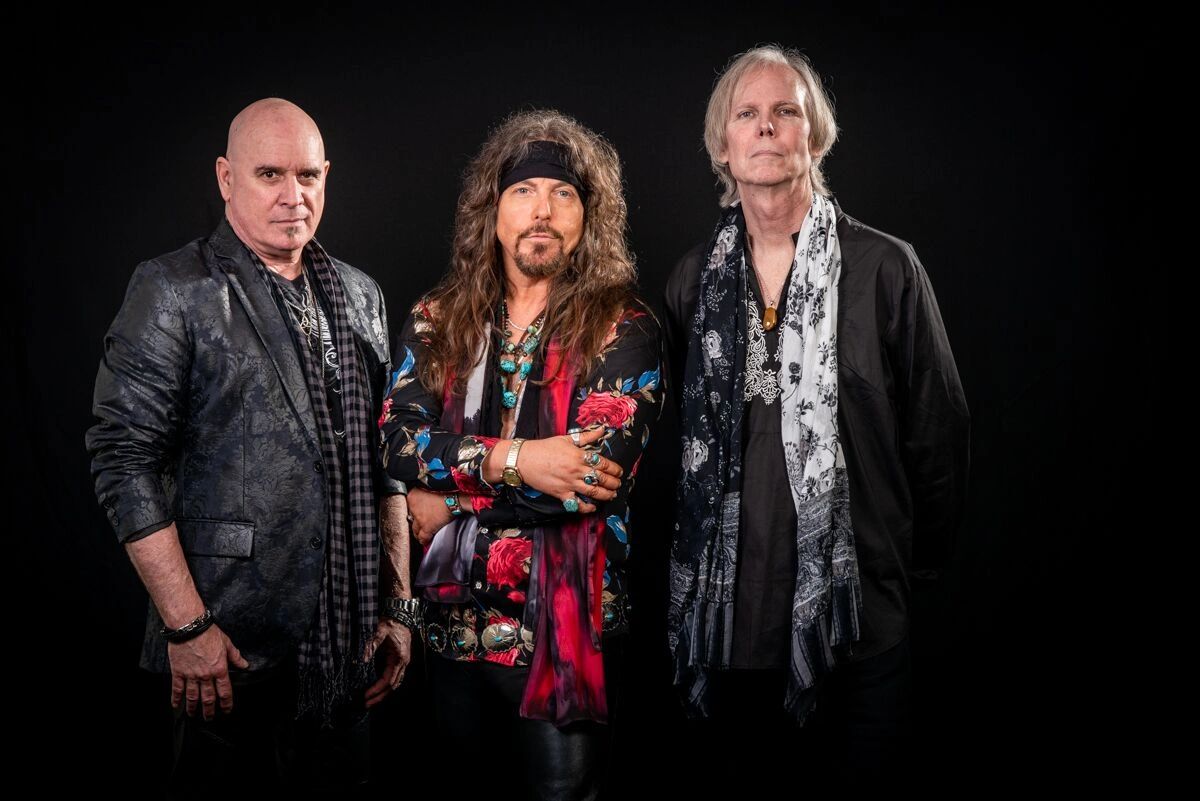 Specially priced tickets are available HERE for just $40 Each Donate $40 X However many Tickets you want.  with zero fees, taxes and free shipping! Or Will Call

Ramona Mainstage is All Ages, under 21 with an adult.

Check out this great video

This talented group of superstar caliber musicians is lead by guitarist / singer / songwriter extraordinaire Brett Ellis. For over 20 years Brett has been and continues to be a mainstay in the San Diego music scene and has been running at full stride for over eight years with The Brett Ellis Band: Brett Ellis (Guitars & Vocals) Rick Nash (Bass/Backing vocal) Calvin Lakin (Drums/Backing vocal) .

They have mastered the art of Hard Rock & Blues and continue to push the envelope. Brett Ellis Band has worked with and / or opened for the who's who in the music industry: Such as Eric Johnson, Edgar Winter, Bad Company, Uli Jon Roth, Foghat, Sammy Hagar, Glenn Hughes (Deep Purple) Robben Ford, Eric Gales, Wayne Krantz, King’s X, Pat Travers and more.

Brett has been featured at festivals such as the once annual Cabo Wabo Fest, The Tommy Bolin Tribute Festival and more and on a different note recorded two Classical guitar albums, Classical Guitar Compositions by Fernando Sor Vol. 1 and Vol. 2. Brett Ellis along with his masterful rhythm section Rick Nash and Calvin Lakin continue to write and record inspiring music expanding a virtually unlimited catalog, available at CD Baby, iTunes and Grooveyard records dot com. Hard work and dedication to their craft has blessed the Brett Ellis Band also known as BEB with a large following.

Come see and hear Brett, Calvin & Rick bring down the house as they continue to impress fans and musicians alike. Their jaw dropping performances will advance the creative Hard Rock Blues scene in California and around the world for years to come.

Brett Ellis: The Warriors Before Me

And soon to be released, Brett Ellis Band: The Enemy Within

A Compilation of Deep Cut Covers. A Tribute to the Musicians and Guitarists that inspired me in my youth and onward. This is my Tip of the Hat to them.

A Blistering Live Performance of the BEB.

Your Support and Contributions will enable us to produce more Albums and allow us to play in your City as well as improve our Stage Shows.

Do you have questions, want to book a show, or collaborate on a new piece? Reach out and let's make music happen.

Be the first to hear about upcoming gigs and album releases.